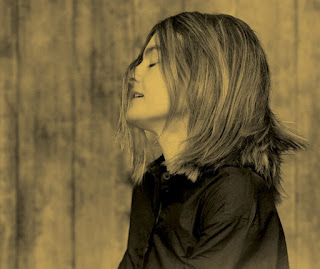 I'm no great fan of Bob Dylan, heretical as it may be to certain elements of the theatre clique. But I don't mind his songs when they're sung by other people, so a musical featuring his work seems just the ticket. Or is it a musical? Girl From The North Country comes attached with that most tiresome of sobriquets, 'a new play by Conor McPherson with music and lyrics by Bob Dylan', as if musical is a dirty word.

Semantics to one side though, I absolutely adored this. Within a couple of songs I had already made a mental note to work out who to invite when I go again; within three, I had decided who was going to get next year's Olivier for Best Actress in a Musical (Sheila Atim); by the interval, I was texting all and sundry to get themselves booked in whilst half-decent seats are still available. And all to see a Bob Dylan musical! 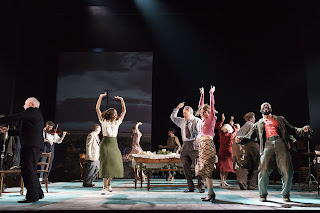 McPherson, also directing, has set the play in Dylan's birthplace of Duluth, Minnesota in 1934 and centred on a guesthouse owned by the Laines. It's a focal point for the community to come together, guests shuffle in and out with their own mini-dramas but the Laines have plenty of their own - mountains of debt, a wife suffering from dementia, a husband conducting an affair in front of her, a pregnant daughter...more than enough to fill a play, or a musical.

It's a busy play, packed full of sorrow and soul, rueful realism and tentative hope, and is blessed by a crack cast filled with the likes of Ciarán Hinds, Shirley Henderson, Ron Cook, Debbie Kurup, Stanley Townsend and many more. But it is in the music where the show ascends to greatness, soaring on Simon Hale's exceptional work in orchestrating and arranging a choice selection of Dylan's songs for the band of four plus the actor-musicians of the company (check out Bronagh Gallagher on the drums). 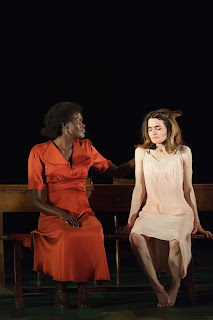 The songs may not advance the narrative as in a book musical but they are utterly essential to the mood of Girl From The North Country, suffusing it with the requisite atmosphere and moody bite to deepen the storytelling. Atim's 'Tight Connection to My Heart (Has Anybody Seen My Love)' is a pure, scintillating moment of magic, Henderson tearing up 'Like A Rolling Stone' is heart-racingly good, every note Debbie Kurup sings is as wearily heartfelt as you could ever hope, and there's a beautiful duet but the programme doesn't say who sang what so I'm not 100% sure what it was (think it was Gene and Katherine).

Rae Smith's deceptively simple design sets the scene(s) with a minimum of fuss and is gorgeously lit by Mark Henderson, especially when Lucy Hind's movement comes into play, elegant silhouettes holding positions and if they occasionally evoke the lyricism of John Tiffany and Steven Hoggett's work, is that so bad a thing? (The answer is no). I don't know how Dylan fans will receive this treatment of his music (you can hear some of it here), I imagine hardcore McPherson fans might feel short-changed but I have to say this absolutely hit the sweet spot for me - one of my most favourite shows of the year so far. 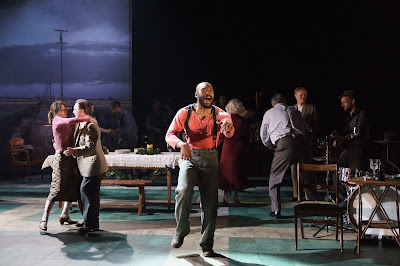 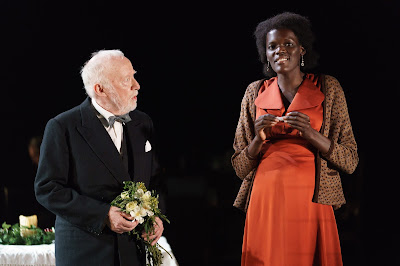 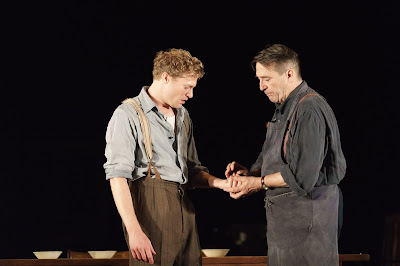 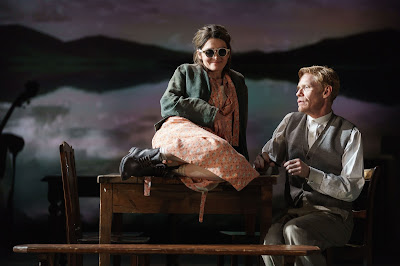