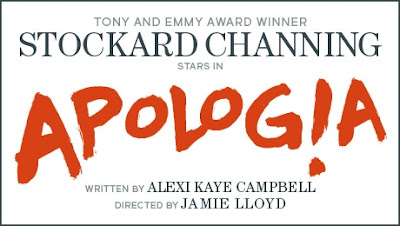 Opening at the Trafalgar Studios on 29th July, Apologia will see the Tony and Emmy Award winning actor performing in the West End for the first time in over a decade. Channing's hugely popular film and TV credits include starring roles in The West Wing, The Good Wife, her Oscar® and Golden Globe nominated role in Six Degrees of Separation, and the iconic role of Rizzo in the film Grease. An acclaimed Broadway and West End star, Channing’s most recent performances on Broadway, It’s Only a Play and Other Desert Cities (a “peerless” performance -NY Times, for which she was nominated for her seventh Tony Award), have affirmed her position as a true theatrical legend.

Alexi Kaye Campbell’s play is a compelling drama about the importance of family and the pressures commitment and principles exert on it. Apologia follows his critical success with The Pride and his acclaimed plays Sunset at The Villa Thalia at the National Theatre and The Faith Machine at the Royal Court Theatre.

Stockard Channing plays Kristin Miller, a firebrand liberal matriarch of a dynamic family, who is presiding over her birthday celebrations. An eminent art historian, Kristin’s almost evangelical dedication to her career and her political activism has resulted in her sons - Peter, a merchant banker, and Simon, a writer - harbouring deeply rooted and barely suppressed resentments towards her. The fissures in her relationship with them are brought to the fore by the recent publication of her memoir. 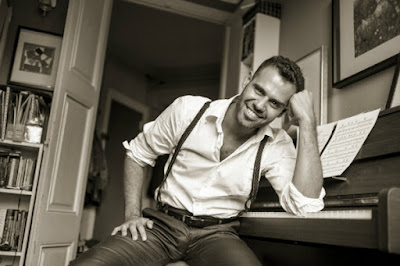 In the style of recent actor-musician Sondheim latest productions on Broadway, Joan goes solo celebrating music theatre genius Stephen Sondheim with legendary songs such as “Losing My Mind”, “Finishing the Hat”, “Send in the Clowns” or “Being Alive”, accompanied by himself on the piano, while delivering Mr. Sondheim’s witty quotes on the state of the art, love and life. 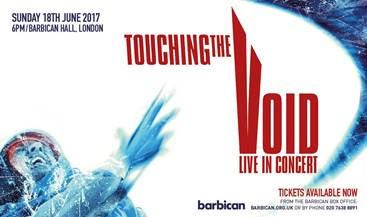 The Bafta Award-winning film Touching the Void will return to the big screen on Sunday 18 June for one night only. A world premiere, composer Alex Heffes, a long-time collaborator of director Kevin Macdonald, will bring his brilliant and dramatic score to life in a live presentation of the whole film with a 60-piece orchestra at the Barbican Hall in London.

In an exclusive Q&A before the event, author and legendary climber Joe Simpson, director Kevin Macdonald and composer Alex Heffes will be reunited on stage to discuss the background and making of the film; a unique chance for the audience to hear, directly from the filmmakers, how Simpson’s book was brought to the screen. 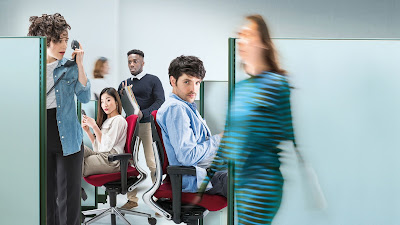 Colin Morgan and Ellie Kendrick will make their Hampstead Theatre debuts in Gloria, a razor-sharp comic drama which focuses on ambition, office warfare and hierarchies, where the only thing that matters is moving up the ladder and selling out to the highest bidder. 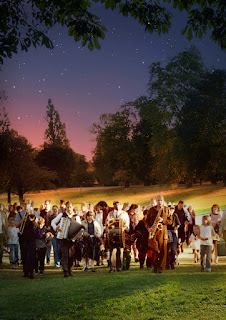 London Bubble, the iconic South-East London theatre company has announced today that it will stage its first summer show in seven years, with performances in Southwark Park (1–6 August), and Greenwich Park (9–19 August). Tickets are on sale now from www.londonbubble.org.uk.

Tales from the Arabian Nights was the Bubble’s first promenade production when Farhana Sheikh’s play was staged in 1994, and is now being reimagined for summer 2017 under the direction of Bubble Creative Director Jonathan Petherbridge, with designs by Yasuko Hasegawa.

Well known for their family friendly theatre, London Bubble’s last ticketed summer show was staged in 2010. After funding cuts in 2008 the company had to reinvent itself and become wholly sustainable without Arts Council funding. Their survivalist story – which saw Bubble rebuild the company on people power, passion and partnerships - has been held up as an example of resilience in the theatre industry. The Bubble is now delighted to reconnect with its audiences and go back to doing what they were most publically known and loved for.

London Bubble’s ethos is “people make theatre” and the mission has always been to create theatre that is inspirational, inclusive and involving - sharing stories that animate the spaces of the city and the spirits of its citizens. The Bubble staged its first summer show in 1972 and has been creating theatre both for and with communities throughout the outer London boroughs for nearly 45 years. Audiences coming to see Tales from the Arabian Nights are welcome to bring their whole family, including babes in arms or children in buggies, plus any pets who might enjoy a trip to the park.

Theatre Royal Bath Productions and Nica Burns are delighted to announce that Laurence Boswell’s critically acclaimed production of Daniel Kehlmann’s The Mentor will have a West End run at London’s Vaudeville Theatre from 24 June to 2 September with opening night for press on Tuesday 4 July.