Get well soon Fred Haig aka Not-A-Review: On The Town, Open Air Theatre 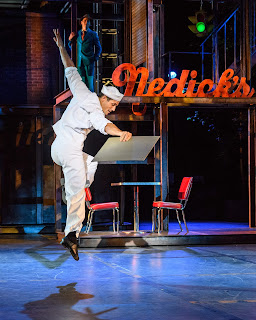 "Just when the fun is starting,
Comes the time for parting"

Fred Haig must have thought that this was his year after landing starring roles in two of the big musicals of the summer but during Monday evening’s performance, he sustained an injury to his foot which has now been confirmed as a fracture. Sadly, this means that he has had to withdraw from On The Town at the Open Air Theatre in Regent's Park (the second actor to do so after Jeremy Taylor withdrew during rehearsals due to injury) and will be replaced by his understudy Jacob Maynard. We'll have to wait and see if he recuperates in time to play Young Buddy in Follies at the National.

It is a real shame for Haig as I was at the show on Monday, scarcely believing that we actually had lovely weather for the first musical this year at the Open Air. And Haig's appealingly charismatic Chip, along with Lizzy Connolly's vibrant Hildy, was among the highlights of Drew McOnie's production and he seemed to be very much on top of the choreography. It is a dance-heavy show, and in McOnie's hands doubly so and as so many in this venue, it is one that benefits from being seen as night falls, to behold the full beauty of Howard Hudson's lighting which is gorgeously conceived.

Maynard's elevation has the interesting knock-on effect that all of the show's main couples are now inter-racial and combined with one of McOnie's innovations, it makes it a delightfully inclusive piece of theatre. And I'll leave it at that for now, I'm hoping to get to the show again next week and if I do, I'll review it properly then. Until such time, here's a few production shots to feast your eyes on. 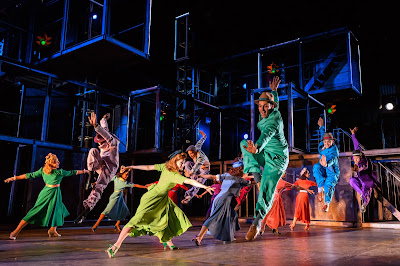 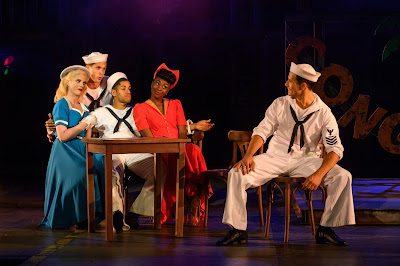 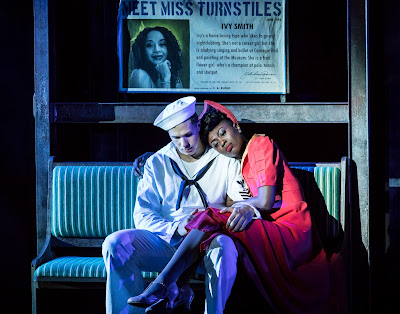 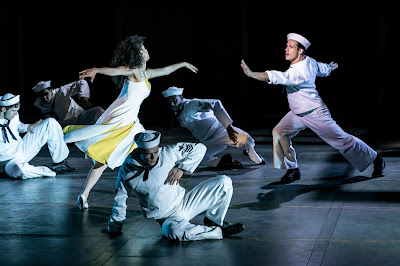 On The Town runs at Regent’s Park Open Air Theatre until 1 July 2017.