Review: A Midsummer Night’s Dream – A Play For The Nation, Royal Shakespeare Theatre 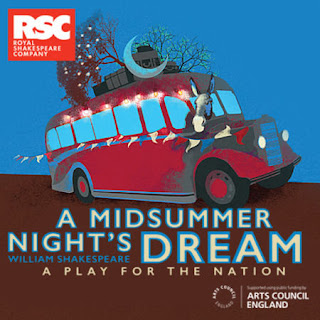 “Nor doth this wood lack worlds of company"

Surtitled A Play For The Nation, Erica Whyman’s production of A Midsummer Night’s Dream for the RSC has fully embraced the communal spirit that the best theatre can summon and across its UK tour over the next few months, will undoubtedly prove a wonderful tribute for the 400th anniversary of Shakespeare’s death. For at each stop across the land, different local amateur theatre companies will take on the part of the Rude Mechanicals and local primary schools will make up the numbers of Titania’s fairy train, getting their moment to shine in a repurposed final scene.

It’s a rather lovely way to share the warmth of this most loveliest of plays and in Whyman’s hands, it really does succeed. Key to its inclusiveness is the relocation to 1940s Britain and a design from Tom Piper that subtly evokes the Tower of London poppies installation on which he collaborated, the suggestion of a society pulling together permeating every aspect of the show, even Oberon’s fairies muck in as live musicians. And the social disruption of the time allows for an interesting reading of the text which, while emphasising English bumptiousness over sexuality, is witty throughout.

So the lovers - Mercy Ojelade, Chris Nayak, Jack Holden and Laura Riseborough - become a prim and proper quartet who eventually become full of Blyton-like gusto, but we see too how Ojelade’s Hermia’s rebellion comes as a result of her military father’s choice of another serviceman in Nayak’s Demetrius. In this proto-feminist context, it’s a shame that Laura Harding’s Hippolyta doesn’t register any stronger than one haughty kiss-off but Sue Downing’s Quince was clearly an integral part of the war effort and in trying to direct her colleagues, isn’t quite ready to let go of the taste of equality afforded to her in that time of crisis. 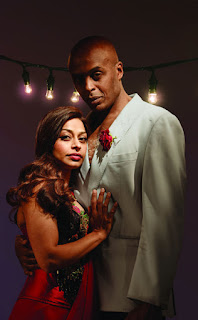 Downing is part of The Nonentities, a Kidderminster-based group who brought a real Brummie charm to their scenes (“This-BAYYYY”), Chris Clarke revelling in the attention given to his Bottom and Alex Powell’s hilarious Flute a real winner, balancing thundering physical comedy with a really quite tender grace when speaking Thisbe’s lines. Over in fairyland, Chu Omambala makes for a manipulative Oberon, his jealousy quite palpable as he bends Ayesha Dharker’s gorgeously lyrical Titania to his will but even here, we see the balance of their relationship redressed in playful fashion by the end.

Lucy Ellinson’s androgyne of a Puck also embraces much of this playful spirit, as a playful spirit, but perhaps relies a little bit too much on exaggerated physical business at the expense of mining the lines for their deep poetry. Having been utterly spoilt by Ferdy Roberts’ sensational delivery of the final speech for Filter’s version of the same show, I wanted a little more here, but that shouldn't detract from the considerable achievements of Whyman and her team here. Well worth searching out when it comes near you.