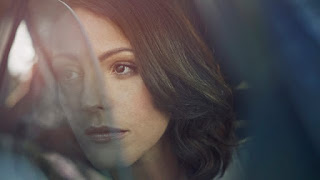 "It's just once you have the thought..."

I was late to my appointment with Doctor Foster, only getting round to watching episode 1 on Monday but I loved it so much (how could I not when the opening subtitle is "belt buckle being undone" and Bertie Carvel soon strips to his boxers) that I mainlined the next three so that I could watch the finale with the rest of the world. Written by noted playwright Mike Bartlett (King Charles III, Cock, Love Love Love amongst many others), it’s a fierce revenge drama anchored by a cracking performance from Suranne Jones as the titular medic with the errant husband.

From the moment she discovers a long blonde hair on her husband’s scarf, the scene is set for an almighty showdown but Bartlett’s skill is in stretching that moment tantalisingly over the entire series. Secret after secret tumbles out of the closet as she pulls at the thread but almost as destructive as his conduct (and Carvel is brilliantly craven as the slippery Simon) is the behaviour it unleashes in Gemma, her forthright determination cutting swathes through her employment prospects, her friends and neighbours and even her relationship with their 11-year-old son Tom.

Though it occasionally flirts with the slightly preposterous (Gemma’s fast friendship with patient Carly rang false for me), it is largely highly effective as an intense drama but also as an exposé of suburban living (previously explored by Bartlett on TV in The Town). The Fosters live in Simon’s hometown so when the couple tear apart, historical friendships duel with present-day loyalties, none more so than in Thusitha Jayasundera’s very good Ros, a schoolfriend of his but a GP colleague of hers. The climax to episode 1 is utterly fantastic in this regard.

And in the magisterial final part, Bartlett reconfirms his reputation as a writer utterly unafraid of peeling back façades to reveal the nastiness beneath (see Contractions, Bull) with a remarkable amount of sourness permeating the majority of the episode. Gemma’s slow-burning revenge finally takes flight as truth bomb after truth bomb is dropped at a brilliantly awkward dinner party – Jones relishing the matter-of-factness about the whole affair and Bruce Goodison’s direction hitting every beat of excruciating discomfort.

The fallout is significant and crucially, takes no prisoners. The way in which Gemma’s public perception is revealed is chillingly done, Victoria Hamilton as neighbour Anna excelling with her own explosive truths, and the story swerves into Medea territory, brutally, effectively so (all the more interesting given Bartlett’s less-than-stellar recasting of Euripides back in 2012) as Tom Taylor's Tom comes into his own, the often neglected child's point of view a scathingly refreshing contribution in relation to both parents.

The scant relief of the ending is thus much-welcomed and a pointer to the everyday reality of such situations as opposed to out-and-out drama for the sake of it. Some quality drama right there with the BBC doing what it does best.