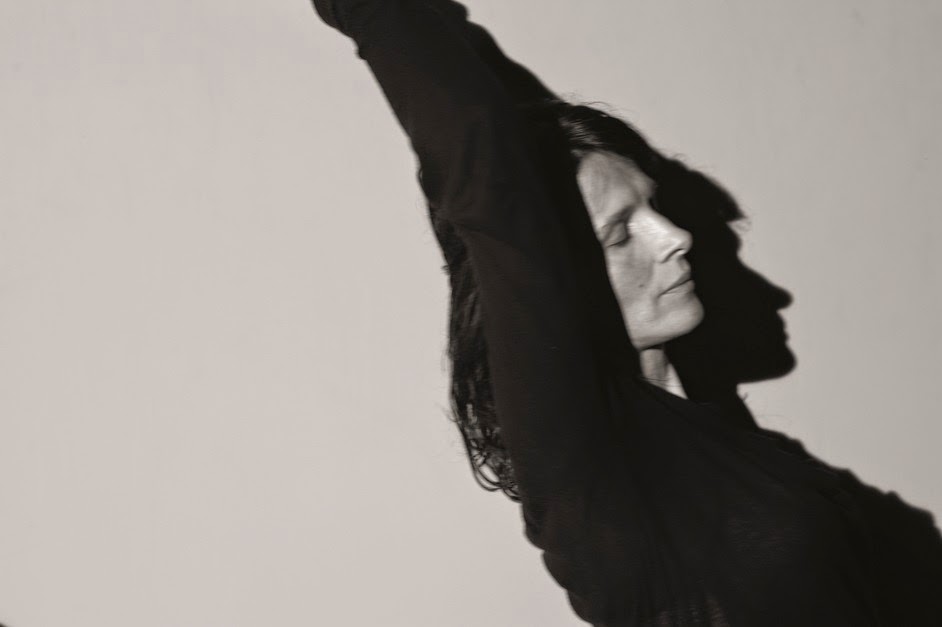 “I heard a voice, like the sound of sorrow”

After the huge success of A View From The Bridge (now successfully transferred into the West End), there’s no doubting that Belgian director Ivo van Hove has been sucked into the mainstream consciousness of British theatregoers, hence this sold out run of Antigone at the Barbican. The presence of Oscar winner Juliette Binoche probably helped in that regard but there’s clearly no dimming in the sense of ambition here as this pan-European work, produced by…(deep breath)…the Barbican and Les Théâtres de la Ville de Luxembourg, in association with Toneelgroep Amsterdam, and co-produced by Théâtre de la Ville-Paris, Ruhrfestspiele Recklinghausen and Edinburgh International Festival, launches an eight month tour across Europe and the USA.

So it’s now the turn of Greek tragedy to get the van Hove treatment, Sophokles’ play has received a new translation here by Canadian poet and classicist Anne Carson which instantly elevates the work into a realm of heightened theatricality as the coils of its language wind elegantly around the ongoing troubles of this royal family. In the aftermath of a civil war in which the sons of Oidipous, Eteokles and Polyneikes, have killed each other fighting over the right to rule Thebes, it is Kreon - the brother of his wife (and mother) Jocasta – who takes the throne. Grieving for the loss of his own son, Kreon institutes a newly authoritarian rule, one which declares Polyneikes a traitor and thus unable to receive burial rites and this incenses Oidipous’ daughter Antigone and the pursuit of honouring her brother puts them in direct conflict. 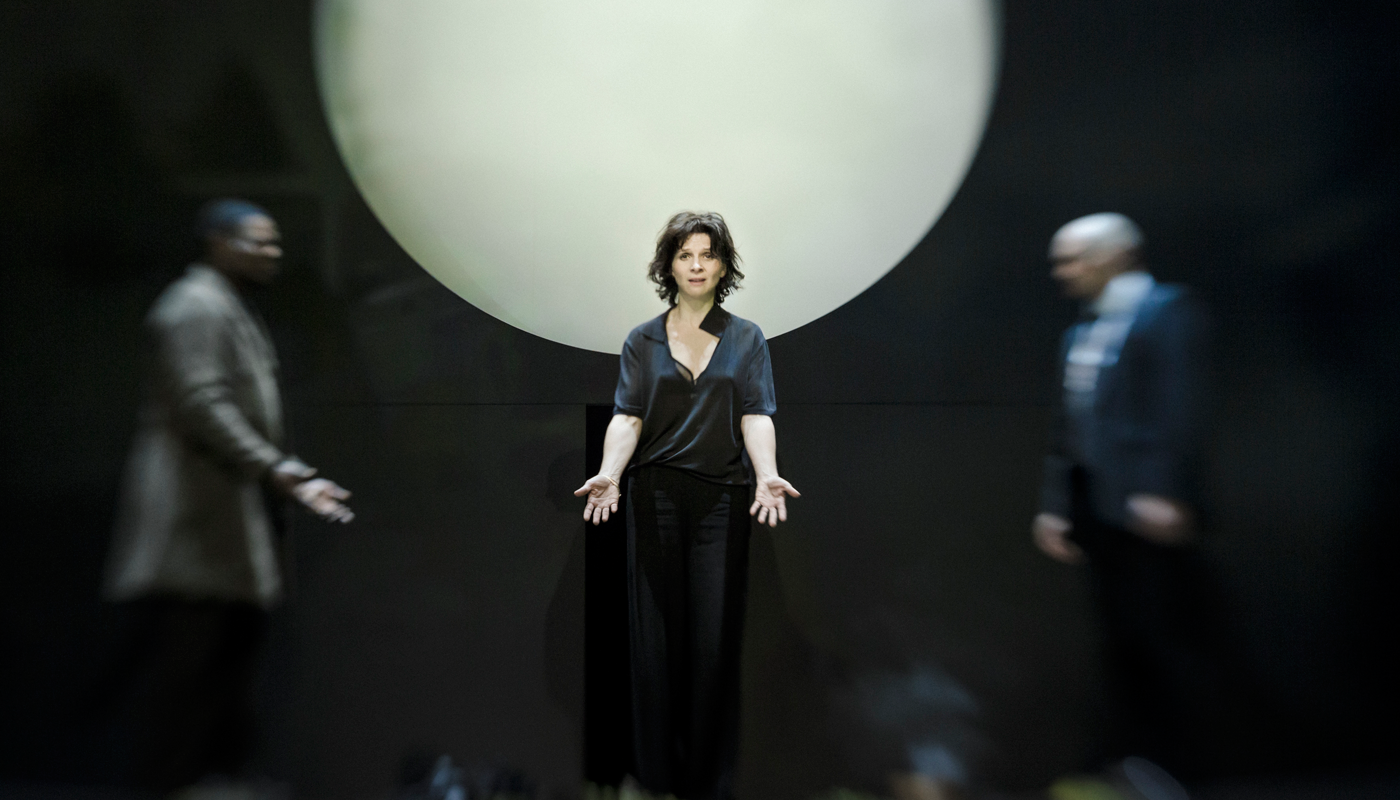 For all its loftier philosophical musings about the role of the state, the possibilities of a higher law and the ethics of civil disobedience, this Antigone finds its power in the personal, in the terrible intimacy of people not being able to grieve for their loved ones in the manner to which they are accustomed. The death of nearly 200 Dutch people in the shooting down of Malaysia Airlines Flight 17 in the Ukraine resonated strongly with van Hove, indeed directly affecting his Toneelgroep company, and there's something of both the raw anger in Binoche's performance of the anguished Antigone, but also the determination to do 'the right thing', to reclaim dignity and respect in the face of death. The melodiousness of Binoche's voice is beautifully weighted by the depth of her sorrow and she revels in the intensity here, daring anyone, everyone, to look away from her unfaltering gaze.

Something van Hove excels in is his acute sense of spatial onstage geography, the positioning of each actor is crucially pin-sharp and often says as much about the relationships between the characters than their words – this is particularly true of the always-present Chorus here. See how arrange themselves to listen to Patrick O’Kane’s Kreon speak of his new rule of law and contrast it with where they end up once Tiresias arrives to rain doom them all (and whether deliberate or not, I loved the call-out to this iconic reaction shot). Likewise, the fierce emotion of the interactions of Kreon and his son Haimon (an excellent Samuel Edward-Cook) and of Antigone and her sister Ismene (a beautifully poised Kirsty Bushell) finds elegant echoes rippling through the fabric of the show, reiterating the enduring power of the family bond even under extreme duress. Long-time collaborator Jan Versweyveld takes on designing duties for set and lighting once again and creates some gorgeous tableaux – the windswept vista of the opening scene, the haunting bird’s-eye view into the tomb, the stark simplicity of the celestial circle of light that dominates the set – it all looks sensational. Daniel Freitag’s sound design murmurs and bubbles under with a slowly building sense of ominous foreboding and there’s fascinating video work from Tal Yarden which is at its best when filling the back wall with an amorphous mass of barely-discernible figures, a haunting suggestion of the city where they all live. When it comes into focus though, the desert landscape where Polyneikes’ body lies and the modern metropolitan hustle and bustle of Thebes (soundtracked to The Velvet Underground's 'Heroin') itself felt distractingly contradictory.

So perhaps not the epic experience of A View From The Bridge or Maria Stuart, or the sheer audacity of Scenes From A Marriage or The Roman Tragedies but Ivo van Hove at 95% is still one of the best nights you can ask for in a theatre. With Binoche in such fine form - the moment when she skipped to the front of the stage and perched on the edge just mere metres away from me was heart-stoppingly brilliant (and mostly made up for the fact that the front row should probably be labelled restricted view) - and a fiercely committed company around her (Finbar Lynch, an elegiac Kathryn Pogson and a beautifully spoken Obi Abili complete the ensemble), this is powerful stuff indeed. It may be being filmed by broadcast soon but it is worth stalking the Barbican website for returns and experiencing this exquisite agony in person.