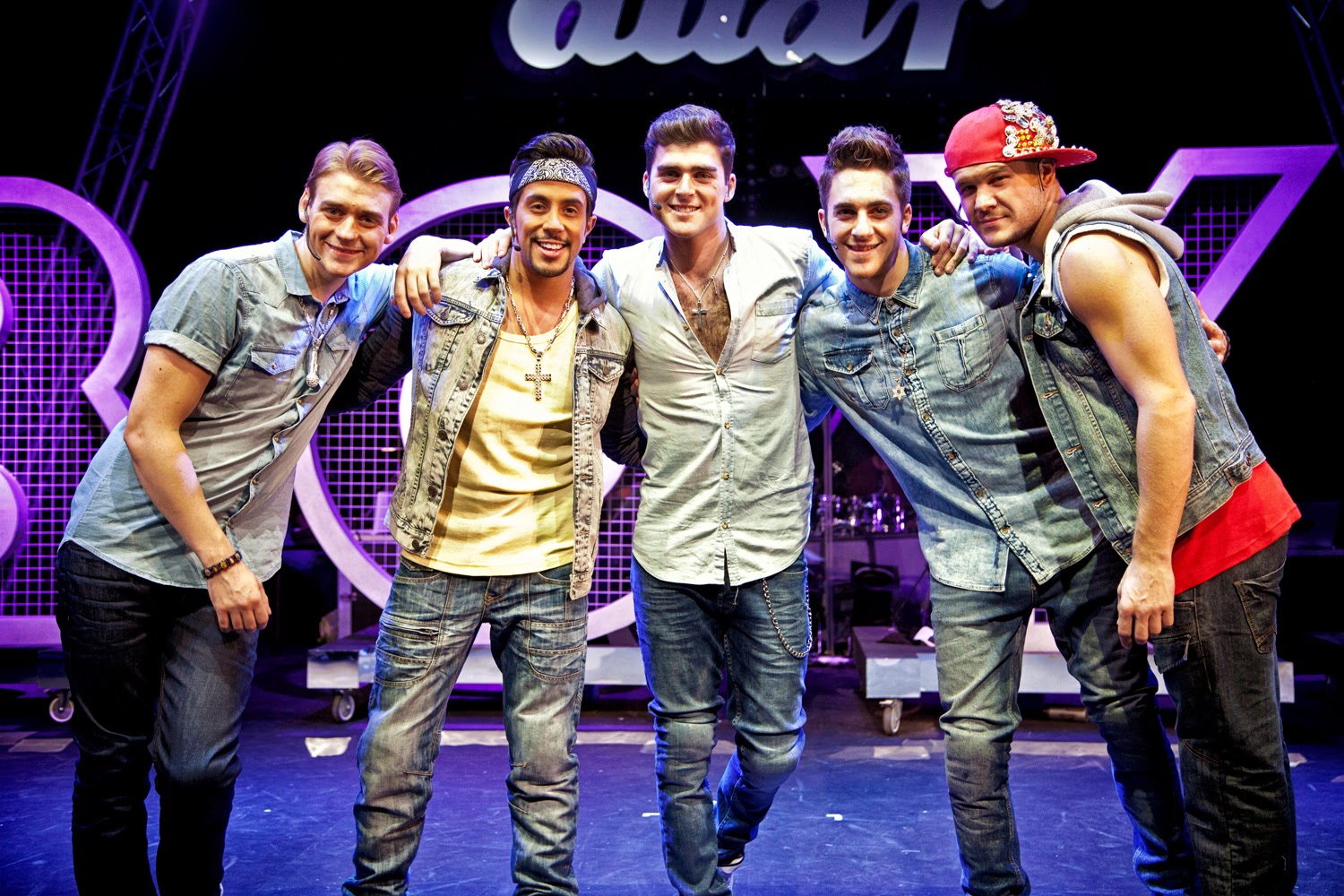 “Jesus called me on his cellphone”

A huge off-Broadway hit, Altar Boyz has taken its time to cross the pond but now Paul Taylor-Mills’ production has settled into Greenwich Theatre for a short run to help us cast off our sins. Hailing from small-town Ohio, the Altar Boyz are a Christian boyband who have reached the end of their ‘Raise the Praise’ tour and have one last concert in which to save as many souls as possible through the gift of their cheesy pop moves, confessional anecdotes and the divine technology of their ‘soul sensor’.

It would be easy to suggest that the music is blandly forgettable, the book laboured rather than funny as it just trifles with the notion of skewering this take on religion instead of actually lampooning it (Kevin Del Aguila, Gary Adler and Michael Patrick Walker all share credit for book, music and lyrics). And there’s truth in both propositions, but the strength of Steven Dexter’s direction and some highly astute work by casting director Will Burton means that the performance level elevates the material to a higher plane. 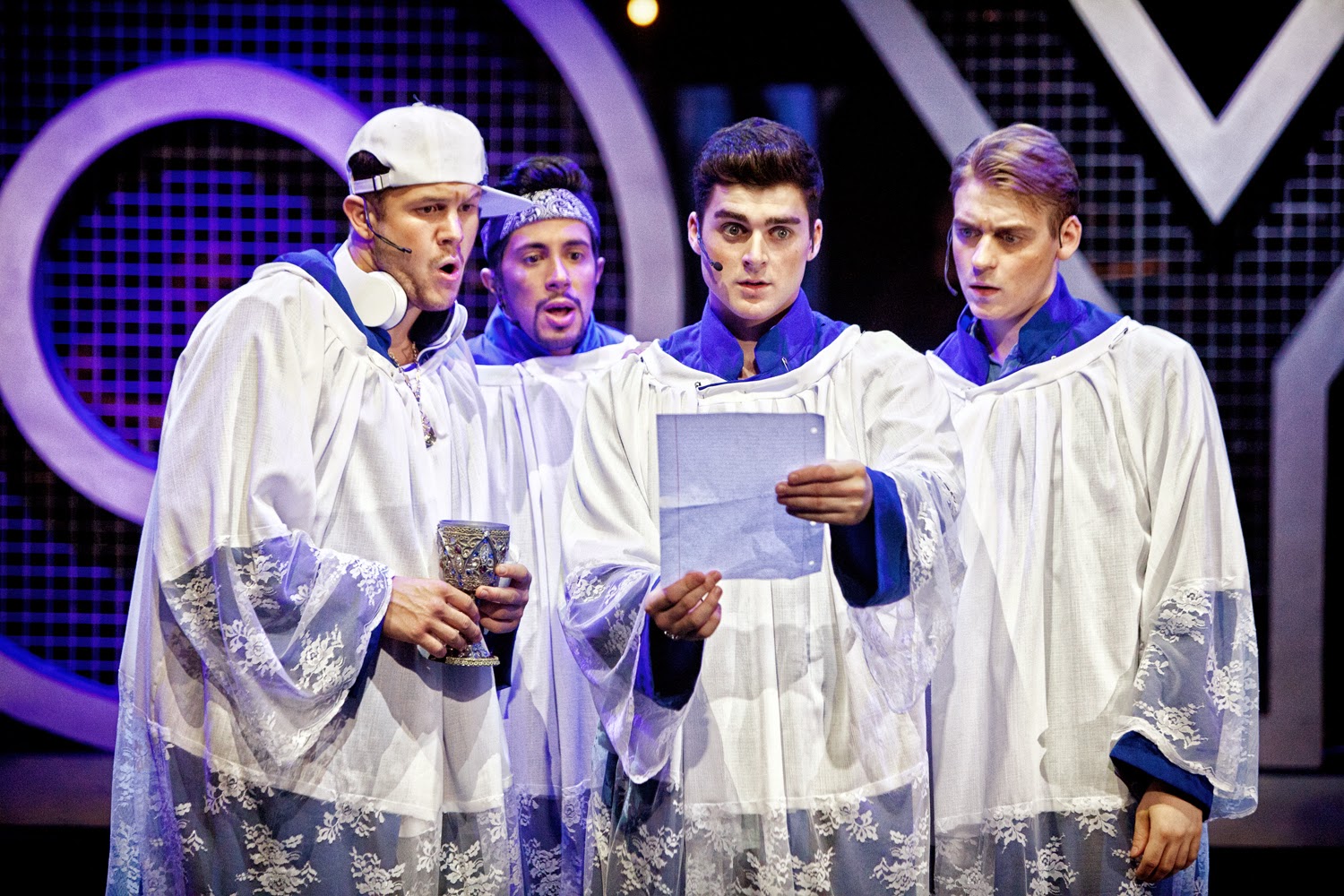 The superb comic touches that Jonny Fines brings to virtually all of Mark’s movements as he battles with his feelings; the sheer commitment of Faisal Khodabukus’ Latin lothario Juan who just can’t turn his natural charm off and flirts outrageously with most of the audience at one point or another; Liam Doyle’s steadying presence as the group’s de facto leader Matthew; Alex Jordan Mills’ lyrical Jew; and the Jason Stackhouse of the group, Jamie-Ray Hartshorne’s ab-tastic Luke (who can lay hands on me any day of the week, not just Sunday) whose goofiness is more than mitigated for with some hugely impressive dance moves (choreographed by Ewan Jones).

Between them, these five likely lads ensure that the pace of the show never dips too much amidst songs that go on a touch too long too often and a script that just doesn’t possess enough killer lines. That they manage to pull out as much humour as they do is testament to their skill as nurtured here by Dexter and consequently Altar Boyz emerges as a lively, if undemanding, evening of theatre.