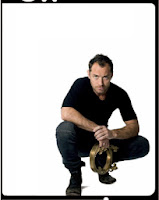 “What art thou, thou idle ceremony?"

Early days for the final instalment in Michael Grandage’s season at the Noël Coward and another return to Shakespeare. But the Jude Law-starring Henry V did little to entertain, not helped by an abortive start which meant the opening scenes had to be replayed, with a production that is full of Acting with a capital A but little sense of theatrical vibrancy. Truth be told, I think I’m done with the play for a while – last year saw a slew of adaptations, some more successful than others, and so it doesn’t feel like a necessary addition to our stages (though I appreciate not everyone will be in quite the same position.)

Part of the problem is soon apparent with the sneaking suspicion that we’ve been here before. Longtime collaborator Christopher Oram’s distressed wood set recalls the Donmar’s Lear, the throne as icon imagery their Richard II. Ashley Zhangazha’s Chorus arrives onstage in modern dress (with what looks suspiciously like a Viva Forever t-shirt) but this is a red herring as the play is performed in classic dress, although Law’s soldier King is frequently attired in some distractingly tight-fitting trouser-wear.

But what follows felt uninspired and rather worthy. Grandage keeps the stage deliberately spare – battlefields are evoked by shafts of light from Neil Austin, props are at a bare minimum, but so too is innovation. Verse is predictably well-spoken, though trimmed down to accommodate a shorter running time, but little feels particularly essential about this production, no new twists on familiar characters were in evidence, nothing to elevate it beyond the solid standard that has come to embody much of this Grandage season for me.

Law is fine, a charismatic leader for sure and an always watchable presence on stage.

But in a talented ensemble, it is hard not to feel disappointed with what Grandage has teased out. Ron Cook is better than the antics of Pistol, Noma Dumezweni more deserving than the small roles of Mistress Quickly and Alice and the younger talents of the likes of Ben Lloyd Hughes, Prasanna Puwanarajah and Zhangazha feel muted in this set-up. And Jessie Buckley, someone of whom I have never really been a fan, does little to redeem herself here as the English- (and French-) mangling Princess Katharine.

So there you have it, a disappointment for me and one which left me in no doubt about what to do in the interval