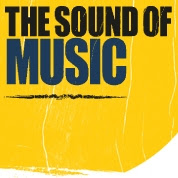 “But somewhere in my wicked, miserable past there must have been a moment of truth"

Despite never having seen it on the stage before, I hadn’t originally intended to go and see the Open Air Theatre’s production of The Sound of Music. But whilst on holiday, we watched the film on TV en famille whereupon I was reminded of its charms and hearing the good reviews of this production, duly set about booking tickets for an evening when I hoped the sun would shine. And I clearly had some good theatrical karma as a glorious summer’s evening set up what a simply delightful evening of old school musical entertainment.

It may not be the most adventurous of programming choices and Rachel Kavanaugh’s production plays a very straight bat but in many ways, this is why it is so successful. Its straightforward simplicity allows for a direct emotional hit, one which plays off the indubitable familiarity of so much of the material but also the opportunities offered by this open air venue and the freshness of a supremely talented cast. Charlotte Wakefield’s Maria and Michael Xavier’s Captain may initially seem more youthful than one might expect but together they work like a dream, combining with the whole company to create the kind of warmth that would brighten even the soggiest of September evenings (the run has extended by a week due to its success).

Wakefield brims with vitality from the moment she appears at the back of the seating to sing the title song, her vocal confidence is superb and there’s enough briskness in her manner to prevent any sense of cloying mawkishness. Three teams of kids rotate as the mini von Trapps and our set were especially delightful, Imogen Gurney’s precocious Brigitta particularly good and Sarah Huttlestone cute as a button as Gretl. And Xavier’s bearded handsomeness is perfect for the Captain, whose emotional intransigence Maria slowly breaks through, encouraging him to rediscover both his love for music in the show’s most moving moment, and the joys of paddling.

Kavanaugh is also alive to the world around the children though, so much care and attention is paid to the Austrian setting, stepping gingerly around the threat of Nazi occupation. Helen Hobson leads her cluster of nuns with vivacious spirit and innate kindness and Caroline Keiff and Michael Matus pair up well as Frau Schraeder and Max Detweiler who explore the politics of appeasement in as light-hearted a manner as you could ever hope to see. Real darkness comes though as night falls, a genuine sense of threat once Anschluss has been achieved and stormtroopers patrol the audience during the climactic music festival. The cumulative effect – Alistair David’s choreography and Peter McKintosh’s design also adding in quality – is one of sheer pleasure.