Review: Beyond the Pale, Southwark Playhouse 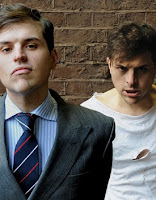 If you want to sit down whilst at the theatre, then you’re probably best keeping away from the theatres just south of the river at the moment: one can trek through the Old Vic tunnels, stand at the Young Vic’s recreation of a submarine space or explore the Southwark Playhouse in full at Beyond the Pale. This is an interactive theatre piece, so the audience is invited to participate in the drama by speaking to the characters at any point. Sometimes we’re observers in a scene; sometimes we’re active participants; either way, there are opportunities to find your own way through the story and influence the events that happen.

It is set in a dystopian parallel world where violence in South London has swelled to epic proportions leading the government to build a wall around the borough of South Wark to try and contain the problems. Without proper government, anarchy soon came to reign and all connections were severed. 15 years later, the borders have been tentatively reopened and some charitable workers have made attempts to try and make a difference to these abandoned people. We come into the picture a further 5 years later as part of a new effort to recruit volunteers and to solve the ‘problem’ of South Wark. I can’t say much more as I don’t want to ruin it, and in any case, everyone’s experience ought to be unique as they engage in different ways with the performance.


I found it huge amounts of fun. After the disappointment of Your Nation Loves You, this was altogether of a better class. Using the location to its fullest, areas behind the auditorium were utilised as well as the main theatre, and although we were in different groups witnessing different scenes, one could see how the threads were interlinked and connected ensuring that we didn’t feel like we were missing out on anything, which was my abiding feeling upon leaving the Old Vic tunnels. And there was a strong interesting story being told which the format supported, resulting in an entirely satisfying experience.

It is well acted throughout, and certainly the actors with whom I engaged directly had a strong grasp of their characters, able to respond convincingly to the random questions I plucked out of the air and carrying their scenes forward with confidence. Special mention has to go to Ciaran McConville with whom I had my first interaction in the bar beforehand and whose whole demeanour completely sold me on the whole shebang before we’d even sat down: he also has a great stage presence as the Rescue Centre Manager. I also enjoyed Richard Atwill’s would-be philanthropist and Simon Nicholas’ manipulative businessman.

I highly recommend Beyond the Pale: it has been cleverly conceived, but crucially also excellently executed. Put your reservations aside and plunge in as soon as you get the opportunity, you’ll regret it if you don’t and it’s the way to get the best out of the whole experience.

Running time: 1 hour 40 minutes (without interval)
Programme cost: free single sheet
Note: try and get there a little bit early as the performance actually started unofficially in the bar from about 7.15, which really sets the mood of the piece. Oh, and wrap up warm, with the weather as it is, it does get quite chilly in some of the spaces