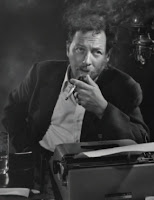 ntaining its recent history of strong female-centred drama, the Donmar's latest production is A Streetcar Named Desire and the star name this time round is Rachel Weisz, although she is ably supported by some strong upcoming talent. Not being a fan of old films, I had no idea of the story and I think this added considerably to my enjoyment.

It tells the story of Blanche DuBois, a figure with a tragic past, who turns up unannounced at her sister Stella's apartment in 1940s New Orleans. The apartment is very small but Blanche's personality is most certainly not, and so the pressures on Stella and her husband Stanley Kowalski build up, as they struggle to wade through Blanche's smokescreens and ascertain the real reasons for the unexpected visit.

Rachel Weisz is simply superb as Blanche: having no frame

of reference for this character, I cannot imagine how it could be bettered. She dominates the stage despite her fragile frame, and from the moment she enters the apartment begins to affect all those around her, either infuriating them with her vanity, comforting them with her well-earned life experience or teasing them with her flirtatious sexuality. She has moments of chilling insight which are then swiftly followed by an innocuous remark about a lampshade and Weisz's ability to endlessly flit between these different moods prove her to be a wonderfully nuanced actress. It is a substantial role, she is rarely off-stage, but Weisz never shrank from the challenge to produce a performance which brought goosebumps to my arms several times.


Ruth Wilson is also excellent as her sister Stella and I loved their relationship,

never storybook-easy, but sprinkled with moments of genuine affection. Elliott Cowan needs to work a little on the consistency of his accent, and although he is meant to be loud, he was virtually shouting every line in the first half. Thankfully after the interval, he had calmed down a bit 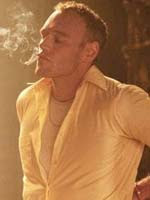 allowing his movement to do some of the talking as well. His physical portrayal of Stanley is brilliant, he's constantly prowling around the apartment and the menace he brings really adds to the feeling of claustrophobia that Blanche feels. There's also strong support from Barnaby Kay as the would-be suitor who has his dreams dashed, and from Daniela Nardini (an actress who I would love to much more of) as a headstrong neighbour.


The set is beautifully dressed, and the attention to detail with the wrought ironwork decorating even the balcony, is second to none: as soon as you step in the auditorium you really get the feeling of transportation to another place, something that has rarely happened for me at the Donmar. The pacing did take a little getting used to, it is measured rather than energetic (indeed the first half is an hour and 45 minutes), but this felt totally in keeping with the intimate nature of production.

I cannot finish this review without making some reference to the staging, and the lack of thought put into sightlines for the whole audience. I was lucky enough to have good seats facing the action, but the way the set is designed

means that people at the side in the circle miss out on much of the action taking part on their side of the stage, and I can't imagine them being able to see the mighty spiral staircase at the back either. This does seem to be a bit of a thoughtless move by the production team, as I would have been seriously unimpressed had I paid for those seats with no warning of my view being impeded.

That aside though, this was a evening of seriously engrossing drama. The Donmar has once again come up trumps with a highly successful production, full of exceptional performances, and one which I imagine could feature strongly come award season. The run has sold out, but seats are available on the day from 10am (albeit with a potentially restricted view).