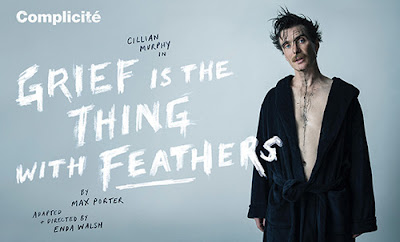 The race to declare the most exciting show for 2018 has well and truly been declared by Complicite with Grief is the Thing with Feathers, a new production based on the award-winning novel by Max Porter. Directed by Enda Walsh and starring Cillian Murphy, it is a moving story of a widower and his young sons which becomes a profound meditation on love, loss and living.

And if only dates for Galway and Dublin have been announced thus far , a glance at the co-producers - the Barbican, Cork Opera House, Edinburgh International Festival, Oxford Playhouse, St Ann’s Warehouse and Warwick Arts Centre - gives a little hope that we might not have to travel the Irish Sea if we don't want to (although don't quote me on that!)


We quite literally won't know if we're here or there in January - the Park have announced a play called There or Here and the Southwark Playhouse have The Here and This and Now on the books already... Casts for both have now been revealed.

Jennifer Maisel’s There or Here - a dramatic comedy follows the journey of an inter-racial American couple who return to the country of his roots to outsource their pregnancy - stars Rakhee Thakrar, Chris Nayak, Ursula Mohan, Manish Gandhi and Lucy Fenton. 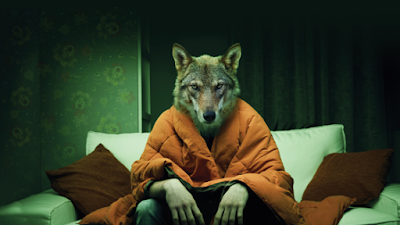 And The Here and This and Now features Simon Darwen, Becci Gemmell, Tala Gouveia and Andy Rush directed by Simon Stokes, in Glenn Waldron’s darkly funny play which interrogates office workplace culture and the cataclysmic consequences of antibiotic resistance.

That's the what and when and where - now it's time to decide which (or both!).

Academy Award winner Tarell Alvin McCraney was an unknown writer when The Brothers Size was first seen at the Young Vic in 2007 and casting for the highly-anticipated revival from the Evening Standard Award-Winning writer has now been announced:

Finally, Anthony Welsh returns to the role of Elegba, Oshoosi’s ex-cell mate who tempts him back to his life of crime. Anthony originally performed this role during the 2008 revival of The Brothers Size at the Young Vic and UK tour in the same year.

Bijan Sheibani returns to direct this deeply moving fable following his hit production of The Barbershop Chronicles at the National Theatre.

The Brothers Size by Tarell Alvin McCraney is directed by Bijan Sheibani, designed by Patrick Burnier with live music and sound design by Manuel Pinheiro. A co-production with Actors Touring Company, it runs from 19 January 2018 – 14 February 2018 in the Young Vic’s Main House.

And just to balance that male energy, you can find the all-female cast of Jen Silverman's Collective Rage: A Play in Five Betties here, opening in the Southwark Playhouse's other space in late January.