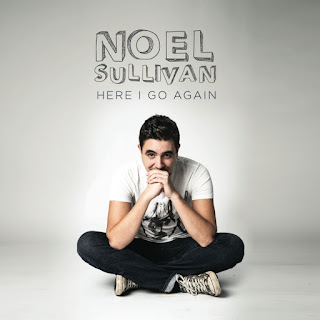 “Don’t be afraid, to let them show”

Noel Sullivan will forever be a member of Hear’say first and foremost to me, the product of one of first of this generation of Saturday night music talent show - Popstars – but since then, a career in musical theatre has beckoned and it is on that, rather than his pop star life, that his debut album concentrates. At a swift 9 tracks, he runs the gamut of his theatrical CV (What A Feeling, Grease, Rock of Ages, Flashdance, Priscilla...) but also throws in a couple of singer-songwriter moments lest we forget his versatility.

It’s nice to see Sullivan maintain strong links with his cast-mates from various shows as he’s a generous duet partner who really shines when sparking off someone else. A funky scratched-up take on ‘You’re The One That I Want’ with Lauren Samuels is sultry indeed, a powerful rendition of ‘Here And Now’ features the glorious Victoria Hamilton-Barritt in fine form, and Cyndi Lauper’s evergreen ‘True Colors’ twinkle once more with the added participation here of Richard Grieve and Graham Weaver.

He’s fine on his own too, changing up the arrangements of classics, so that ‘Don’t Stop Believin’’ is slowed right down, bringing a new lyrical focus, ‘I Want To Break Free’ also sounds good in this acoustic setting, but it’s the title track that wins the honours for me, miles away from Whitesnake and all the better for it. The duet with Amy Wadge (one of Ed Sheeran’s key song-writing partners) is lovely and the grand sweep of the piano and strings of self-penned ‘Safely’ is a nice touch. Pure and simple, it’s a good album.