The news of Tim Pigott-Smith's passing at the age of 70 yesterday was a terrible shock, not least because he was still in a rich creative vein - a tour of Death of a Salesman was scheduled for next month and the long-anticipated TV adaptation of his multi-award-nominated turn in the lead role of King Charles III is due later this year. 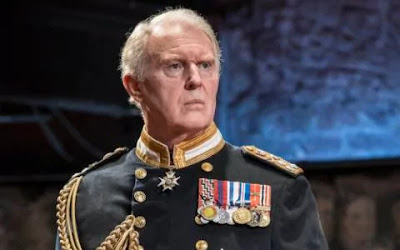 This tribute from Mike Bartlett is beautifully done.

Lemn Sissay MBE is a poet, playwright, broadcaster and actor.

Lemn was brought up in care and he is taking the social services to court for stealing his life. As part of the legal proceedings Lemn has had to undergo a 5-hour psychological assessment.

When a person claims abuse by the system a report is written. The Report unveils everything.

Just before Lemn turns 50, he will hear a reading of The Report for the first time live on the Royal Court stage. He invites the public to join him.

The Report will be read by Julie Hesmondhalgh (God Bless The Child/Royal Court, Coronation Street / ITV) and is directed by John E McGrath (Artistic Director of Manchester International Festival) and produced by Sarah Sansom (Time Won’t Wait). It will be performed as a one-off performance in the Royal Court Theatre Jerwood Theatre Downstairs at 6pm on Sunday 30 April 2017.

“A few weeks ago I sat down in a beige interview room in the legal district of Leeds City Centre. I thought it was going to be easy. The man sat behind the table opposite me had been appointed by my lawyer. He was neither friendly ‘we’re going to be five hours at least’ or unfriendly ‘There’s a lot to get through.’ He clicked his ballpoint pen and the psychological interrogation of my life began. Mid way through the interview I broke down.This week I received The Report via my lawyer. He said it brought him to tears. I’ve decided to listen to it for the first time on stage, supported by an audience.”

“Having worked with Lemn on his theatre pieces since 2002, and in particular having explored his personal journey of discovery in Something Dark, it is an honour to support him through this uniquely brave artistic and personal project”

Any profits from the performance will go towards the set up of the Lemn Sissay Foundation.


Coming soon to the Old Vic, the multi-award-winning Jack Thorne (This is England, Harry Potter and the Cursed Child) breathes new life into Woyzeck and a new teaser trailer has been released.

It’s 1980s Berlin. The Cold War rages and the world sits at a crossroads between Capitalism and Communism. On the border between East and West, a young soldier (John Boyega) and the love of his life are desperately trying to build a better future for their child. But the cost of escaping poverty is high in this searing tale of the people society leaves behind.


The full casting has been announced for Glyn Maxwell’s commissioned adaptation of the much loved short story Babette’s Feast by the revered Danish storyteller Karen Blixen. Bringing their innovative style to Print Room at the Coronet, Bill Buckhurst reunites with designer Simon Kenny, following their hugely successful collaboration on Sweeney Todd at Harrington's Pie and Mash Shop. The 2015 production transferred to the West End and is now playing off-Broadway at New York's Barrow Street Theatre. With new music composed by Olly Fox, this world premiere, telling the story of one community’s willingness to accept a stranger in need, begins previews on 9th May.

Joseph Marcell, best known for his role as Geoffrey in Fresh Prince of Bel Air, makes his Print Room at the Coronet debut in the roles of The Dean and Lorens Lowenheilm. Joining Marcell on the Coronet stage, Sheila Atim, recently seen on stage in the National Theatre’s Les Blancs, will be playing the titular role of Babette. Brideshead Revisted star Diana Quick will take on the part of Martine, with her on-stage sister Philippa being played by Majorie Yates, recognised for her role in Channel 4’s Shameless. Norma Attalah, Amanda Boxer, Richard Clews, Ladi Emeruwa, Henry Everett, Whoopie Van Raam and Rachel Winters complete the cast.


National Youth Theatre of Great Britain (NYT) has announced its new season of work. 2017 marks 50 years of the organisation commissioning new work for young people and in celebration 50 play readings are taking place in weird and wonderful locations across the UK today. Some notable writers who received early commissions from NYT, such as James Graham (This House, Finding Neverland), Jack Thorne (Harry Potter and The Cursed Child) and Zawe Ashton have plays being showcased. The full line up can be found at www.nyt.org.uk/whats-on/50plays. Selected plays will also be broadcast on Facebook Live and can be accessed via the National Youth Theatre’s social media (Twitter/ Facebook) and website. 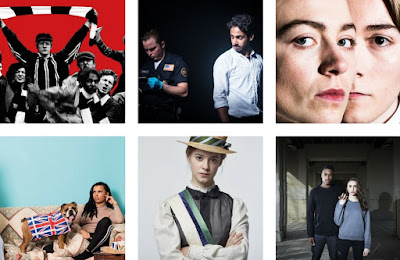 The initiative marks the launch of NYT’s 2017 season which will include their first ever ‘East End season’ at the Yard Theatre this summer after the sell out success of their season of new writing at the Finborough Theatre last year.

The East End Season will feature:


In October they will take a 50-strong cast to Wilton’s Music Hall to bring back Peter Terson’s iconic play about football hooliganism, Zigger Zagger, 50 years after it was first commissioned by them.

For autumn, following the success of four previous West End REP Seasons, the company will return to the Ambassadors Theatre for a fifth year in September with: