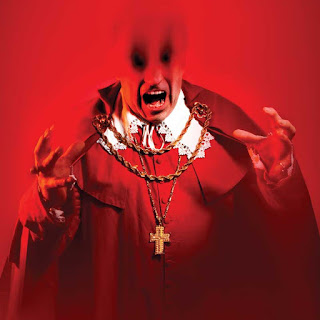 "A poet's art is to lead on your thoughts through subtle paths and workings of a plot. I will say nothing positive; you may think what you please..."

It's not too often that I open a review with mention of the sound design but Max Pappenheim's work in The Little at the Southwark Playhouse is undoubtedly worthy of the accolade. In this intimate auditorium on the architecturally clean lines of Anna Reid's set, there's an extraordinary sense of being in vaulted palace chambers and cathedrals as echoes and reverberations amplify our imaginations perfectly.

It's the kind of creative invention that those familiar with director Justin Audibert have come to expect and it is thrilling to see it maintained whether working in the vast Royal Shakespeare Theatre where his recent Snow in Midsummer was excellent, or on this much smaller scale where it is a real delight to see someone really understanding how to play to all sides of a thrust stage. There's also a fascinating choice of material here in this revival of James Shirley's The Cardinal, a 1641 play whose claim to fame is being one of the last to be performed before Oliver Cromwell pulled the plug on show-business. 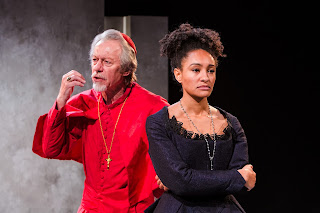 Set in the unsettled kingdom of Navarre, The Cardinal emerges as a revenge tragedy and Audibert's clear-sighted direction ensures that the intricacies of the plotting is lucid and consistently compelling. The Duchess Rosaura wants to marry the Count D'Alvarez but the Machiavellian Cardinal wants her for his nephew Columbo - their battle of wills sweeps up many in the court around them with spectacularly bloody results.

Stephen Boxer's carmine-robed Cardinal is charismatically malevolent as many a good villain and Natalie Simpson's Duchess is a marvellously determined agent of chaos in her own way, each marshalling allies to their side to scheme, whether Phil Cheadle's righteous Hernando or Timothy Speyer's wily Antonio. And through courtly dances, smashing sword-fights (kudos to fight director Bret Yount), a multitude of letters and a fair few doses of poison, the consequences of steadfastly pursuing one's own path - whether of ambition or vengeance - are vividly portrayed.

But lest the play ever become too po-faced, Audibert ensures a lightness of touch that keeps humour close to the surface. It might seem an odd choice for a tragedy but it pays dividends here, particularly when the tone does darken, and then again in the rather startling finale. You should surely get booking for this. 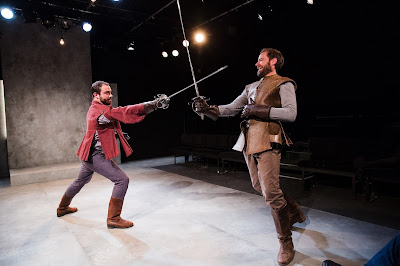 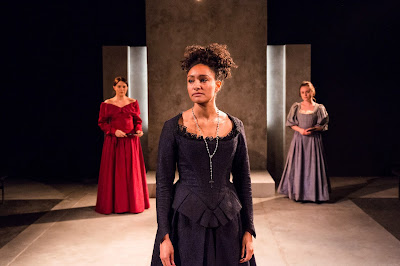