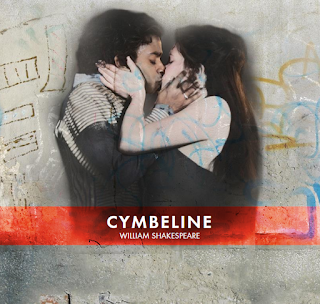 Cymbeline is one of Shakespeare's more rarely performed plays and it is a thought that seems to have struck several artistic directors as 2016 has seen three major productions announced. Dominic Dromgoole included it in his outgoing season of late plays at the Sam Wanamaker Playhouse (my review here), Emma Rice is transforming it into Imogen at the Globe later this autumn, and Melly Still is currently tackling the play for the RSC at the Royal Shakespeare Theatre in Stratford-upon-Avon until 15th October.

The RSC's production will then transfer to London's Barbican for a limited season from 31st October until 17th December 2016 so you have no excuse not to do a compare and contrast exercise between the Globe and the RSC's approaches to the romance, power, jealousy, love and reconciliation of this surprising play. A trailer for Still's contemporary adaptation can be found below and all ticket information for both Stratford and London can be found here.