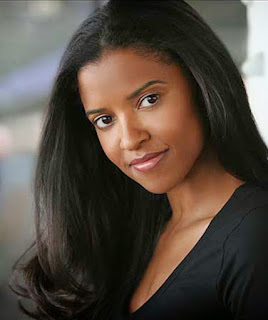 Renée Elise Goldsberry is probably now best known as the Tony-winning Angelica Schuyler from Hamilton, deliverer of one of the most earth-shattering moments of musical theatre ever in 'Satisfied'. But this is no overnight success, Goldsberry has been working away for the last 20 years across theatre, music and television starring in shows like Ally McBeal (she was one of Vonda Shepherd’s back-up singers) and The Good Wife (the ever-present Geneva Pine) as well as shows like The Color Purple and Good People.

In amidst all this, she’s also carved out a path as a singer-songwriter, although her works now seem to be out of print. In this digital age though, I was able to track down the six tracks of her 2006 EP Beautiful on YouTube and very glad I was of it too. The collection is really rather lovely, offering up an eclectic range of gently funky RnB (the title track, which delightfully recalls something of Des’ree) to piano ballads (the classic simplicity of the Elton John-ish We’ll Love Through).

I was most beguiled by the delicate balladry of ‘Learning The Hard Way’ which would be my choice for soundtracking a key scene in the next big rom-com of the summer, but a sparse take on Kelly Clarkson’s ‘Breakaway’ accompanied by just a box drum also impresses and the deep notes of the plaintive ‘Songbird’ will bring goosebumps to even the coldest of hearts. I’ve no idea how records end up out of print these days, or whether it is code for something else, but if you’re going to write to your MP about anything aside from Brexit, it should be to campaign for the proper re-release of Beautiful.