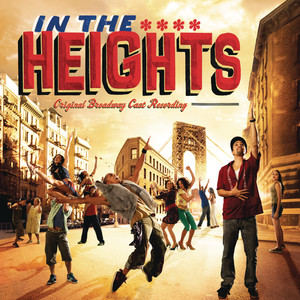 The massive success of Hamilton didn’t come as too much of a surprise to those of us who saw and loved In The Heights, Lin-Manuel Miranda’s preceding show which took Broadway by storm in 2008 and lit up the Southwark Playhouse in 2014 before transferring to the King’s Cross Theatre in 2015 where it continues to delight audiences with its heady mixture of sensual heat and community spirit – and its ideal listening in the middle of a roasting summer.

Quiara Alegría Hudes’ book may not be the most dramatically exciting – the story is set over 3 days in a heatwave in the Dominican-American neighbourhood of Washington Heights in New York – but for me, that’s why it works so well. It’s a genuine ensemble piece and the beauty of the show is that we get a snapshot of so many peoples’ lives and how they all intersect during both everyday moments and more crucial ones.

If the story beats aren’t as strong as you might like, the hypnotically varied but Latin-accented beats of Miranda’s score are undeniable as a series of character studies, as portraits of developing relationships, as expressions of communal emotions, hell, as just seriously catchy pieces of music. The sinuous rhythms and singalong choruses of the title track and ‘Carnaval del Barrio’ just worm their way into your head with their easy musicality and hip-swaying charm that makes you seriously consider salsa lessons.

The two key romantic liaisons of the show also shine through on this recording - Miranda’s hugely likeable rapping Usnavi slots perfectly into the role of narrator while he negotiates his feelings for Karen Olivo’s spirited Vanessa, and Mandy Gonzalez’s Nina – the emotional route into the show for audiences as the one character who has left the ‘hood and is now coming back - and Christopher Jackson’s Benny have the more conventional love-against-the-odds story but it’s no less heartfelt.

And you get striking support from the excellent Andréa Burns as feisty hairdresser Daniela, Priscilla Lopez as Nina’s mother Camila whose ‘Enough’ is a standout moment, and Olga Merediz’s Abuela Claudia, the kindly matriarch of the community with such a vital role to play in everyone’s life. The cumulative effect of the score is hugely seductive and one which stands up magnificently even if you haven’t seen the show and of course, it is fascinating to see the way Miranda explores his musical identity and capabilities with Hamilton still to come on the horizon.