Review: A Raisin in the Sun, Albany 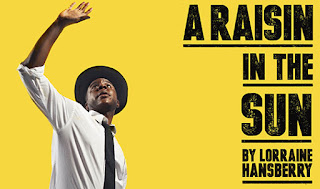 When Lorraine Hansberry’s A Raisin in the Sun became the first play written by a black woman to be performed on Broadway in 1959, some might have dared dream of a new age of diverse playwrights being represented there. But despite the play’s extraordinary success, the Great White Way remains an unfortunately apposite name – it should have a ‘male’ in there too – and the issues that Hansberry raises, both directly and indirectly, remain pertinent in contemporary America with the #OscarSoWhite furore and the ugliness and popularity of Donald Trump’s rhetoric just two of the most recent examples.

So it is a canny choice of revival for Sheffield-based Eclipse theatre company to tour the UK with, but it’s also a hugely satisfying dramatic one as well. Hansberry taps directly into the African-American experience, using her own family’s battles against segregation, to give us an alternative take on the American Dream, a family’s hopes and dreams refracted through the prisms of poverty, gender, race and above all, the growing sense that the way things are, ain’t necessarily how they gotta be. As one character says “Where are all going and why are we bothering?", well let the Younger family show you.

Ashley Zhangazha’s tightly simmering Walter Lee Junior wants to quit his job as a chauffeur and become his own business owner; his wife Ruth, a gorgeously eloquent Alisha Bailey, dreams of escaping their tramped two-bed apartment on Chicago’s south side; a superbly comic but also considered Susan Wokoma as his sister Beneatha has set her mind on becoming a doctor; and in the wake of her husband’s death, their mother Lena, a titanic turn from Angela Wynter, is waiting for the large insurance check that seems set to change their lives, not least by moving out to the predominantly white area of Clybourne Park. 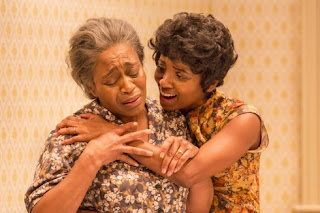 This last point provides the most toxic and overt of the issues that the Youngers face, as the play’s only white character, a representative of the welcome committee from the new neighbourhood, visits to offer to buy them out of the new home even as he assures them “race prejudice simply doesn’t enter into it". But Hansberry keeps her lens far wider, delving right into the complexity of intersecting factors like the societal pressures that undermine Walter’s masculinity as he struggles to become the leader of the house but haven’t yet allowed the feminist breakthrough to alleviate Ruth’s suffering, and Beneatha’s exploration of how much of a role African heritage has to play in American existence.

Dawn Walton’s production is relatively unfussy, allowing the text to speak for itself in these unfalteringly powerful performances. And if it loses a little pace in the sometimes inelegant scene changes, the emotional breather they allow the audience is welcomed, not least in the aftermath of the turmoil that Wynter whips up with her every speech, whether lamenting the loss of a family’s legacy, scolding her son forcefully then nearly crumpling into remorse or cradling a plant, the ghost of a smile of immense satisfaction playing across her lips before a truly striking final image. A classic for all times.