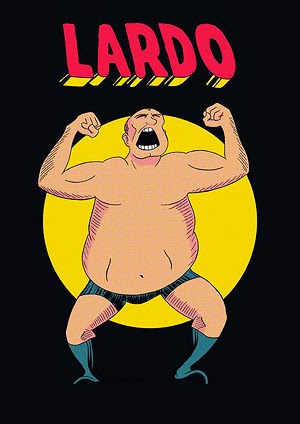 “You’ll need a better leotard, that’s for sure”

There’s something genius about the way Finn Caldwell’s production of Lardo co-opts its audience into becoming willing and whooping wrestling spectators. Whether Haystacks is something Giant to you or something to find a needle in, there’s such a compelling warmth to the way in which we’re swept up into the atmosphere that you’ll find it impossible not to be chanting LAR-DO, LAR-DO, LAR-DO… Mike Stone’s play takes us into the realm of ‘Tartan Wrestling Madness’ where the likes of Wee Man and Whiplash Mary entertain Glasgow audiences hungry for a ruckus, and whose ranks aspiring wrestler Lardo is desperate to join.

What Daniel Buckley’s inspired Lardo lacks in trimness, he more than makes up for in enthusiasm and unsurprisingly it isn’t long before he seizes his opportunity to get the celebrity he’s long dreamed of. But girlfriend Kelly (a gently persuasive Laura Darrall) has just found out she’s pregnant, rugged boss Stairs – a former wrestler himself – has dreams of upping the ante where the violence is concerned (Nick Karimi giving an outrageously charismatic performance), even whilst dogged health and safety officer Cassie (Rebecca Pownall) is determined to make him follow the rules. Stone has each of his characters test their limits and astutely asks us how far is too far in the name of entertainment. 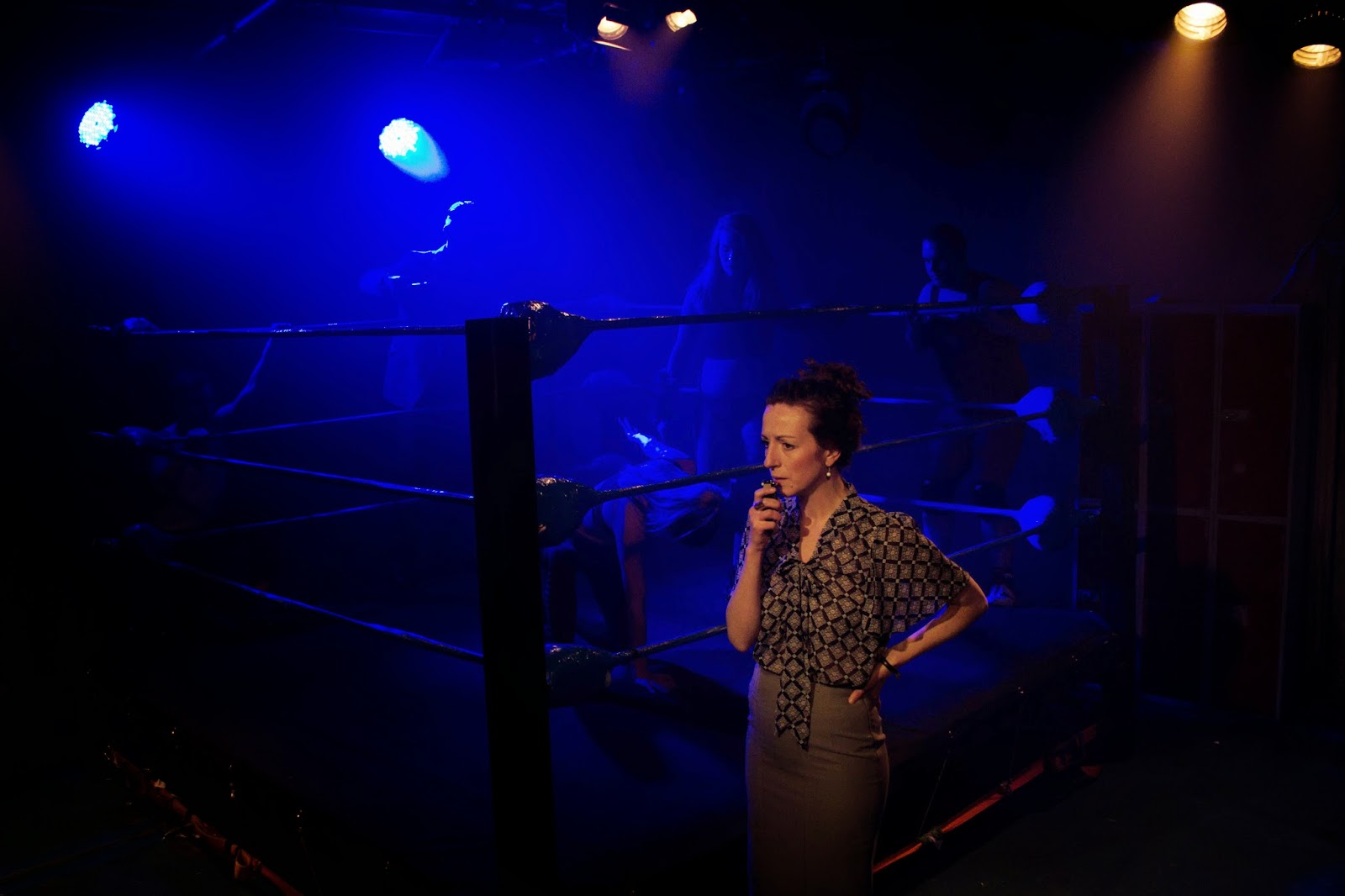 The eye is definitely drawn to the fully functional wrestling ring that dominates this intimate space but Max Dorey’s design is full of other inspired touches – the battered lockers, the gaudy but crumbling paintwork, the work of genius that is the graffiti-covered corner where Stairs’ throne sits (make sure you go and have a good read, there’s some cracking stuff up there). And the rumbling sound design by Kieran Lucas and Matthew Daw’s lighting serve as a fine conduit to take Lardo from the breathless exhilaration of the wrestling matches to the quieter drama of the straight scenes.

And away from the spandex and spinebusters, Stone suggests an intriguing portrait of the forces that have driven people to the escapism of wrestling. Adrift in a world that doesn’t quite know what to do with him, Lardo has found validation as a minor YouTube celebrity and now he’s aiming for the same IRL, the no-good father of Mary’s kid isn’t coughing up child support so the second income is coming in handy, and bampot boss Stairs is gripped by demons of the past. Shards of these stories skirt around the ring, tantalising with their hints of the wider world rather than giving fully fleshed-out sub-plots. 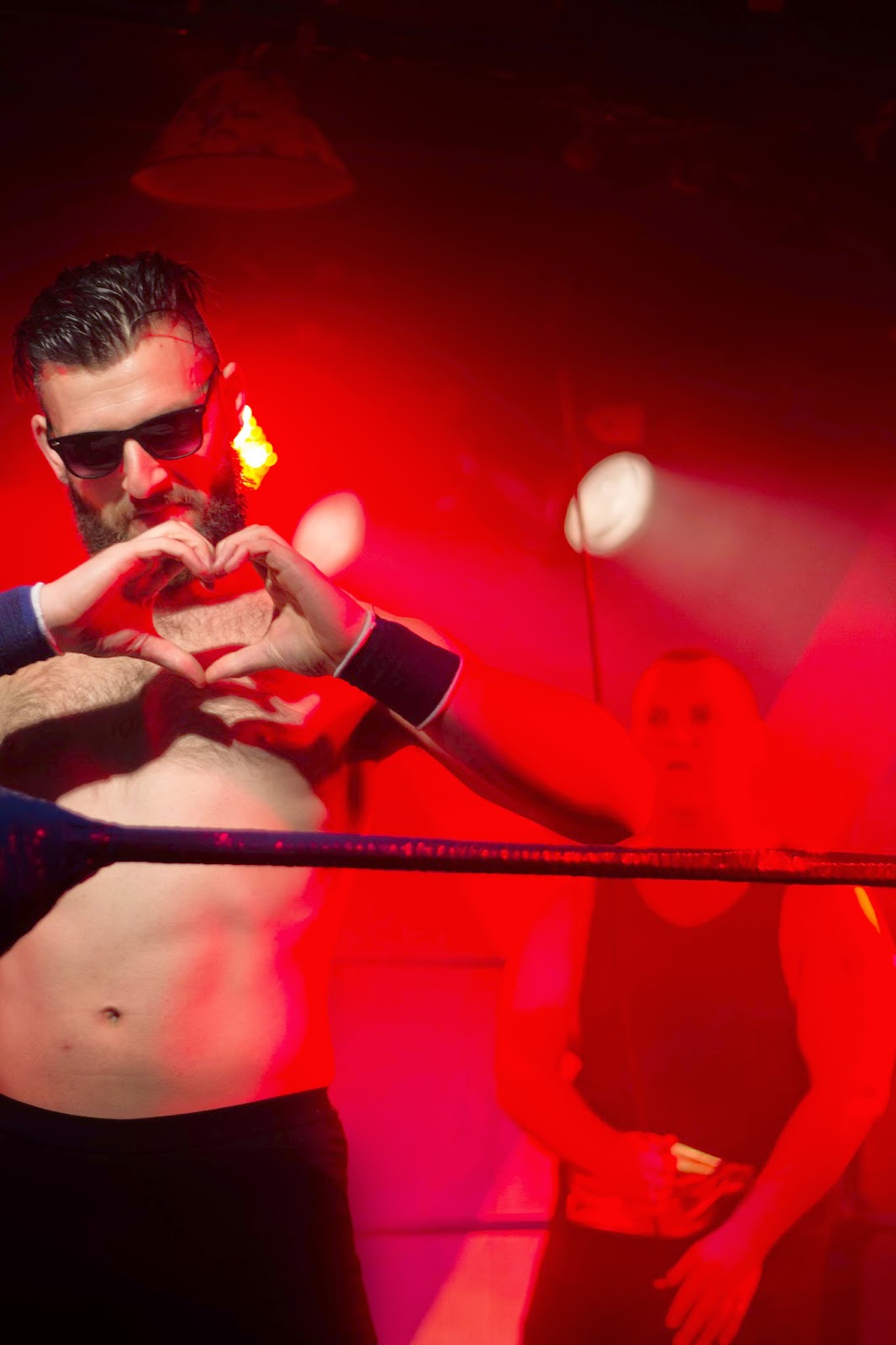 But there’s much fun to be had in the ring as well as wrestling director Henry Devas has cultivated a hugely effective sense of exhilaration in the fights he has choreographed and in the fierce, grunting commitment he has gotten from the cast. To these novice eyes, it looked convincing but more importantly, it always felt right – the whole production has that tingle of excitement about it that more than overcomes any perceived dramatic weakness and feels like a welcome breath of Buckfast-scented air on the fringe scene. Well worth the trip whether you're a fan of wrestling or not.