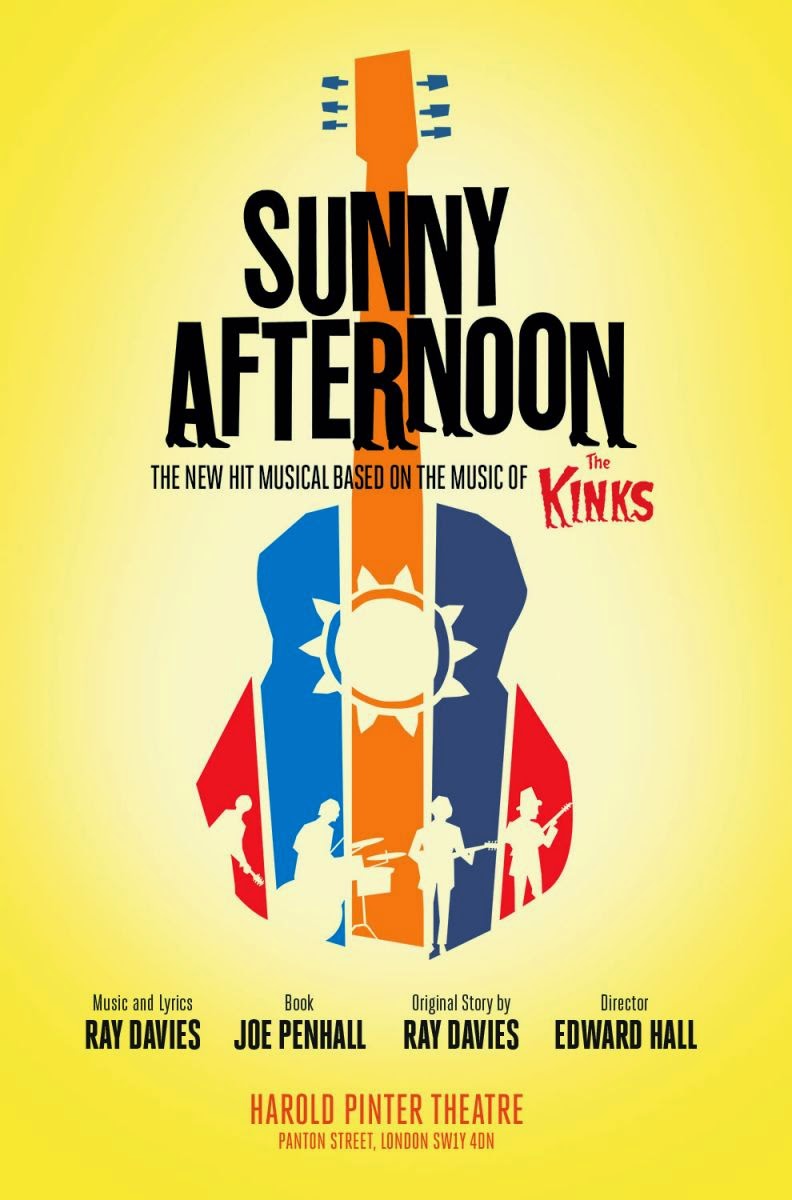 To the tune of 'Waterloo Sunset'

"First on in Hampstead, now Harold Pinter, this is a musical
‘Bout how The Kinks did, become a huge band, back catalogue got full
So a show, it got wrote
Joe Penhall’s book and, Ray Davies’ music, tell us their ups and downs

Brothers Ray and Dave and their friends Mick and Pete, oh
They really, really wrote some good music though, lots of it sounds the same

Stalls in the theatre, have regular seating, apart from front and rear
Where seats are nailed down, round cabaret tables, chairs that don’t move are weird
But the show, it is strong
Three hours fly by, telling the story, most entertainingly
John Dagleish is good as Ray, George Maguire’s Dave too
But really, really Ed Hall’s cast is all fine, Dominic Tighe is mine

Went with my friend Chris, liked it but I wish, I could have brought my dad
Music is more of, his generation, would have made him feel glad
But I will, see him soon
And maybe I’ll take him, one day to this show, it’s bound to run and run

Running time: 2 hours 50 minutes (with interval)
Booking until 23rd May
Photo: Kevin Cummins
NB: in all seriousness it is most enjoyable, even for someone who still can only really recognise 4 songs by The Kinks even though this is the second time I've seen the show. The accapella rendition of 'Days' is a spellbinding moment (pictured below) and I suppose it would have been nice to have had a little more of that musical invention though I'm just being extremely picky now. The soundtrack has been recorded by the cast and is available to buy here, feel free to buy me a copy ;-) 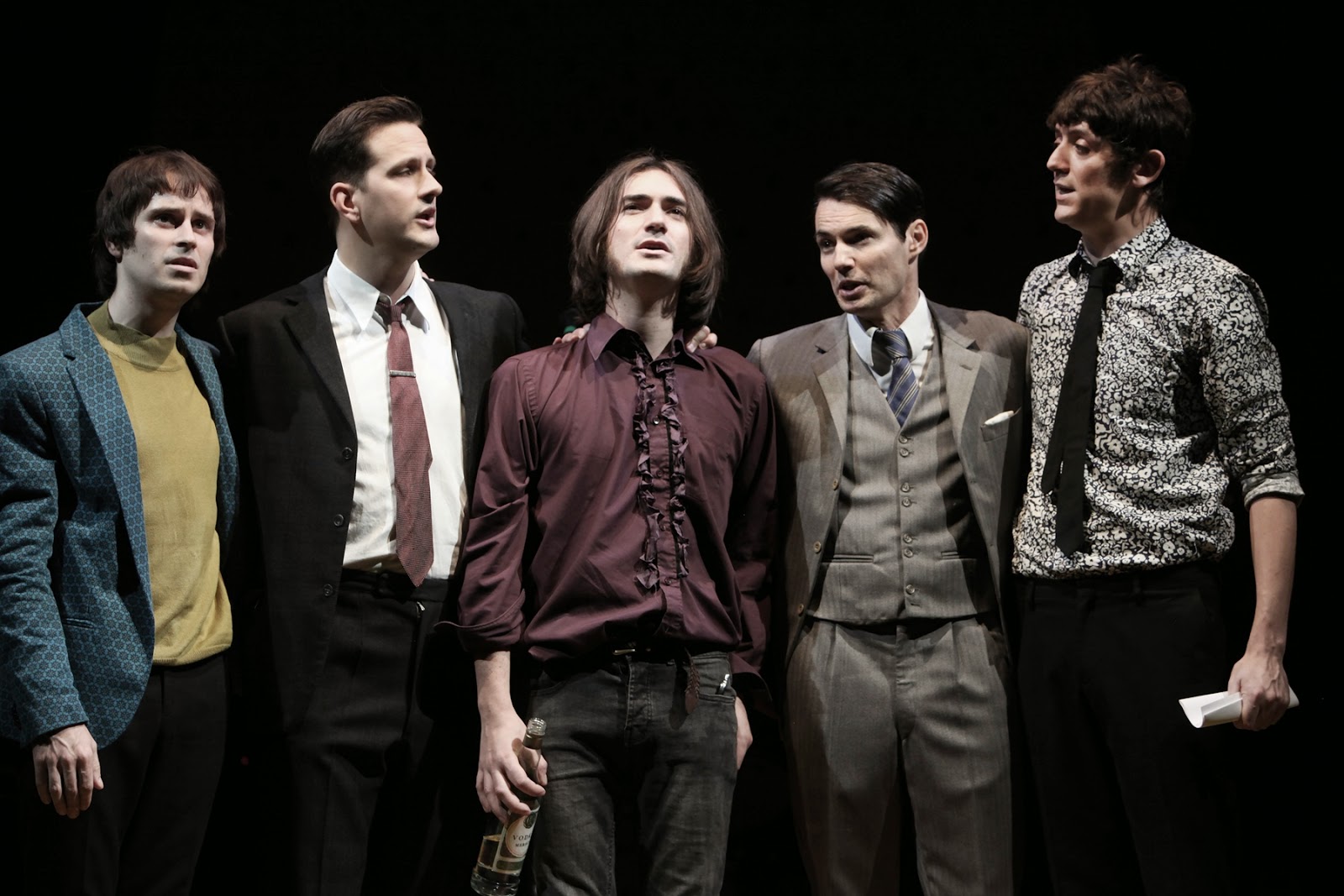