"Many of the hotel's most valued guests came for him"

At a smidge over £50 a head, the latest incarnation of Secret Cinema certainly isn’t cheap. But they are doing things differently this time around – the location is secret as always but the film has been identified in advance as Wes Anderson’s The Grand Budapest Hotel and the immersive experience into which they plunge the audience will be running for over a month, to allow many more people than usual through the doors of this plush establishment and into its fabulous world. 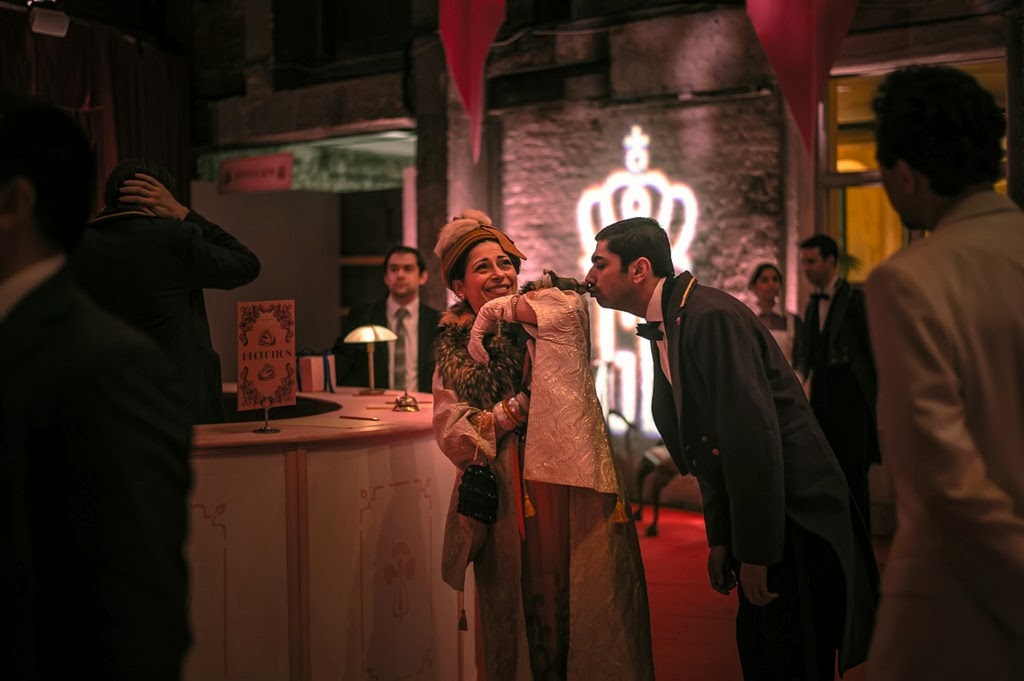 For where we end up is The Grand Budapest Hotel itself, an evocation of Mitteleuropäische largesse to which we are guided by purple-suited bellhops. Instructions issued beforehand identify the dress code as evening dress, urge you to practice your waltzing and give a list of props to bring along. It’s all voluntary but as with any immersive experience, one gets so much more from it by diving headfirst into the universe that has been so lovingly created.

So you can gossip with chambermaids, dance with handsome men, get frisked by leather-coated security guards, listen to recitals of poetry and music, relax in the spa, find hidden rooms, go shopping, sample some schnitzel…over multiple floors, there is much to find but you have to be willing to explore. Expertly mixed cocktails from the cash bar help the ambience as do a large cast of extrovert characters milling around the hotel, who relish the interactions you should be making. 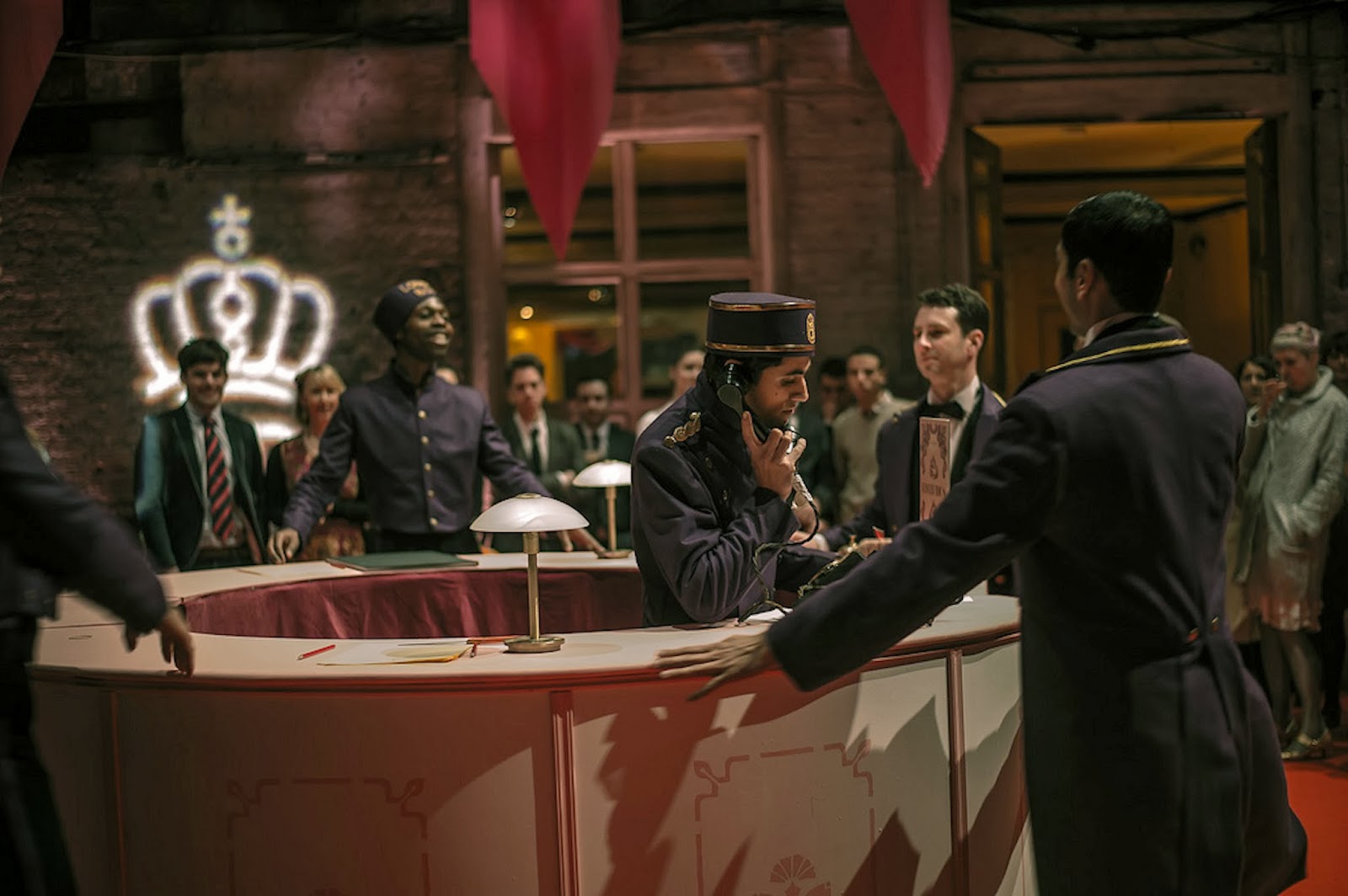 Some aspects – like paying your respects to a dearly departed woman (she liked pink flowers), or snaffling a macaroon or three from the striking pink boxes scattered around – link directly to the film and so provide a raft of neat references that retrospectively make sense. And it is a cracking film too, Anderson in fine form with a stunning ensemble cast (see if you can spot Tilda Swinton!) and some utterly gorgeous cinematography that romps through its comic and camp capers with great style.

So treat yourself to a night at The Grand Budapest Hotel – it may not be cheap but the best hotels never are and where else can you sip on a silver gin fizz, chat to a grande dame with a tiny dog about Viennese politics and see one of the hottest films of the year before it has even been released in cinemas.