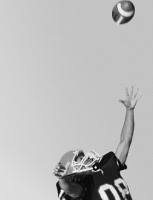 Serenading Louie by American writer Lanford Wilson is the latest play to hit the Donmar Warehouse. Set in 1970s Chicago, it's a tale of two college friends who are now in their 30s, struggling to maintain their dreams in the face of marriages and jobs that haven't necessarily lived up to their expectations.

As one would expect from the Donmar, the acting is first-rate. I particularly loved Geraldine Somerville's sparky Mary, possessed of the best lines in the show (careful if you attend a dinner party with her!) the most poignant of all being the one at the top of the review, the delivery of which is almost worth the entry price alone. And Jason O'Mara as her husband Alex was a minefield of emotion just bubbling under in a tightly restrained performance which also impressed. Jason Butler Harner and Charlotte Emerson have less interesting (and more annoying) parts but both did well.

But despite the best efforts of the actors, I just didn't like the play. The initially interesting set-up of both couples' homes being played in the same room soon wore thin, even with the very effective lighting around the edge of the stage. And once the tense atmospheres of the two relationships had been set up in the opening, admittedly very effective, scenes, we seemed to flounder. An overlong scene between the two guys sapped the energy and the women weren't given an equivalent scene which seemed very uncharitable of the playwright.

In lieu of much actually happening in the play, it is full of dramatic tricks. There's overlapping dialogue, there's scenes where characters talk despite not really being there and one of the recurring themes of the year reared its ugly head again, characters talking to the audience (the other one, male nudity, was not represented here although O'Hara does appear briefly in his boxers). All of these things annoyed me.

The set, although well dressed and pleasingly authentic looking, is oddly designed in that it finishes at the height of the stalls, so that even in the intimate space of the Donmar, sitting in the circle leaves you feeling quite isolated from the action.

The fact that I was most excited by the lemon juice in a squeezy plastic lemon is rather telling, it also tells you who does the shopping in my house as I thought they'd long since disappeared but apparently you can still get them. For me, Serenading Louie is all just a bit 'so what', emotional paralysis alone is not enough to sustain a play...one to avoid I think.